Maths in a minute: The Sydney Opera House

On 29 January 1957, when Jørn Utzon's sail-like sketches were announced as the winning design for the Sydney Opera House, Utzon had a problem — he didn't know exactly how he would build them. The problem still wasn't solved two years later when construction began on 2 March 1959. 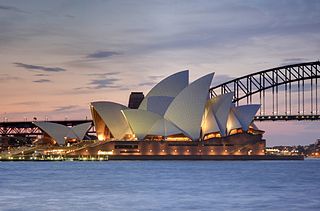 Inspired by the harbour location, the young Danish architect had envisioned a series of sweeping curved shells. But in order to build these shells the shapes had to be described mathematically to accurately calculate all the loads and stresses on the building. When asked by the engineers to specify the curves Utzon bent a ruler to trace the curves he wanted. Over the next four years they tried various mathematical forms — ellipses, parabolas — to try to capture Utzon's design.

Finally, in October 1961, Utzon found the "key to the shells": every sail was formed from a wedge cut from a single sphere (and its mirror image). This ingenious solution not only provided a mathematical description of the roof of his design, it also solved all the problems of constructing such a complex structure. Previously each shell appeared to be different, and it would have been almost impossible, both in terms of engineering and finance, to construct these huge bespoke parts. Instead, with shells having a common spherical geometry (based on a sphere with radius of 246 feet), they could instead be constructed by standard parts that could be mass produced and then assembled.

Describing the design mathematically made it possible to create one of the most iconic buildings in the world. The mathematics of the design also exemplified Utzon's artistic vision, providing "full harmony between all the shapes in this fantastic complex". 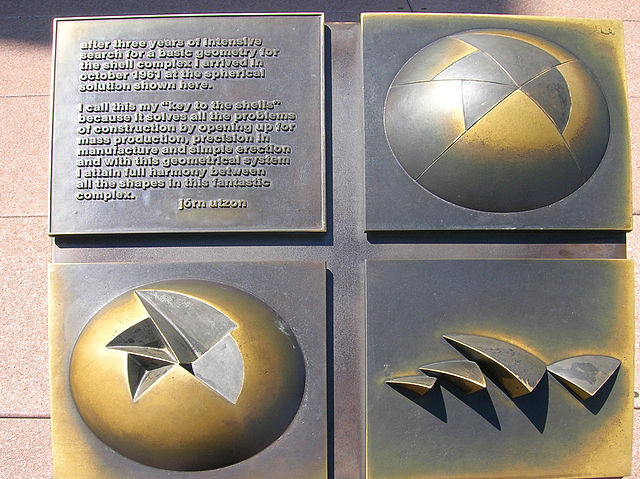 The key to the shells, Sydney Opera House.

It is now standard practise for large buildings to be modelled mathematically in three-dimensions on a computer, so that the effect of any small changes in architectural design, or practical construction (such as moving the position of piping or electrics), immediately cascade through the model of the building. This highlights any unforeseen clashes, and allows for the most economic use of materials and people during the construction process. Mathematical models also help make sure that buildings are energy efficient, ideally suited for their purpose and improve people's lives — the people using the buildings as well as those admiring their forms from the outside.

To find out more about maths and architecture, see

Read more about...
Maths in a minute
architecture
geometry

Loved this - such a clever solution!