"Football is a simple game. Twenty-two men chase a ball for 90 minutes and at the end the Germans always win," Gary Lineker once said. Often the German win occurs after a penalty shootout, which many people think isn't fair. And it really isn't; there is statistical proof for that fact. There are also suggestions for how to make the shootouts fairer, based on firm mathematical reasoning. 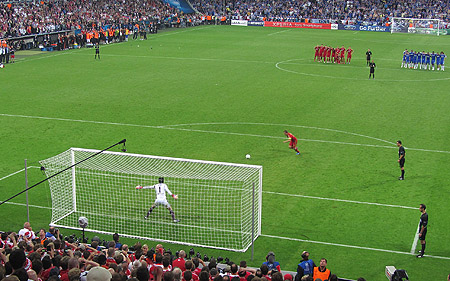 The maths has been worked out by Steven J. Brams and Mehmet S. Ismail. Brams and Ismail aren't concerned with the German team, or any other, in particular, but with the fact that the order of kicking in a penalty shootout is decided by the toss of a coin. The team that wins the coin toss invariably decides to kick first in the belief that this gives them an advantage. As long as they score their kick, the opposing team is under immense psychological pressure to keep up.

This idea is borne out by the stats. "The winner of the coin toss almost always elects to kick first and wins about 60% of the time, so the first-kicking team has a 3:2, or 50%, advantage in winning, compared with the second-kicking team," says Ismail. "We thought that this was a significant gap, given how important the matches can be for the teams." This statistic comes from a study of all major football tournaments that happened between 1970 and 2008 — including World Cups, European Championships, American Cups, African Nations Cups and Gold Cups. Coaches and players are well aware of the advantage. When asked in a survey whether they'd choose to go first or second after winning the coin toss more than 90% said they'd go first.

As the rules stand, the team that won the coin toss, if it decides to kick first, then kicks first in each round of the penalty shootout: writing A for the coin-toss-winning team and B for the other team, the order of kicks is AB AB AB AB AB (and so on, if the shootout goes beyond five rounds). This means that team A holds the advantage of kicking first in every single round. One way of redressing the balance is to change the order of kicking. The English Football League are currently trialling a rule in which the order of kicking is AB BA AB BA, etc. FIFA and UEFA are examining this so-called ABBA rule as well. "That's a very big change given how traditionally conservative FIFA has been," says Ismail. The rule is already used in tennis tie breaks.

The ABBA rule alternates the team that kicks first throughout the rounds of a penalty shoot-out. This definitely seems fairer, at least as long as there is an even number of rounds (so each team gets to kick first the same number of times). 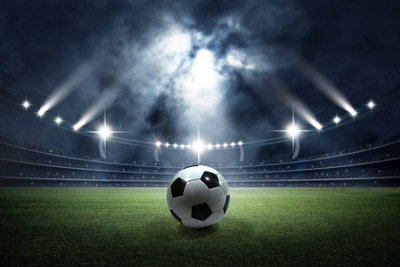 Who should kick first?

But Brams and Ismail also have a suggestion for another rule that's a little more subtle. According to their catch-up rule, the team that goes first in a particular round should be the one that lost in the last round. If the last round was a draw then the team to go first should be the one that went second in the tied round. Only the very first kick should be decided by the toss of a coin. "The catch-up rule gives an opportunity to team that did worse in the preceding round [to catch up], so the scores evolve closer to each other," says Ismail. "This makes the game more competitive and also more exciting to watch. It's a win-win situation: it's good for the players and it's also good for the spectators."

But is it fair?

"The inspiration to study the fairness of the rules in sports came from Steven Brams, who is an expert in fair division and game theory, and his previous works on fairness and sports, including one published in Plus," says Ismail. "We started working together when I visited him in the Department of Politics at New York University."

As you can see, the team kicking first always has a higher chance of scoring.

The corresponding calculation for the catch-up rule gives the following results: 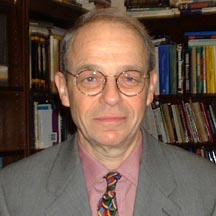 Of course, there the possibility that after five rounds the teams are still tied. If this happens the shootout moves to sudden death: if one team scores on a round in which the other team misses, then the scoring team wins the shootout. Again using estimates of the probabilities of a team scoring on a kick, Brams and Ismail estimated the chance of either team winning with sudden death. Under the current rule, this is about 0.64 for team A and 0.36 for team B. For the catch-up rule the values are 0.51 and 0.49, which is considerably closer to a fair 50:50 chance for each team. (Using the same kind of maths and reasoning, it's also possible to show that the ABBA rule is fair.)

If you've got a crafty mind you may have one quibble at this point. Since the catch-up rule allows a team to gain advantage through failure, can there ever be a situation in which a team is better off missing a penalty than scoring it? Watching players blatantly kicking the ball the wrong way wouldn't be much fun for the fans, so such a situation should be avoided. Brams and Ismail considered this question too and found that, as long as the probabilities of a team scoring when it kicks first and scoring when it kicks second differ by no more than 1/2, which is highly likely, such a situation won't come up. Spoilsport strategising would therefore be fruitless. 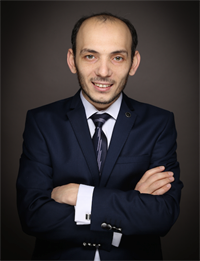 The catch-up rule has been trialled by MVV Maastricht, the club of the town where Ismail did his PhD, but the results were inconclusive. It's clear that the catch-up rule is fairer than the current rule, but to distinguish it from the ABBA rule you need shootouts where the two rules result in a different order of kicking. However, since teams tend to either both score or both miss in a given round of the shootout, the two rules often give the same order (we leave this fact for you to work out), so many shootouts would be needed to compare these two rules. This, ideally, is what Ismail would like to happen: large trials of both rules to decide which should be picked.

Brams, Ismail, and the mathematicians D. Marc Kilgour and Walter Stromquist have also applied the catch-up rule to so-called service sports in which one team or player serves the ball — squash, badminton, ping-pong, volleyball — and have found that in this context it makes the games fairer, and thereby more competitive, as well (see their paper to find out more). And there is a wider context too. Ismail is an economist and Brams a political scientist. Their interest is not only in sports, but in fairness in all sorts of other context, from dividing up goods or resources to elections. Brams and Ismail are currently exploring whether the idea of a catch-up system might apply to non-sporting situations as well.

And what about that age-old rivalry between Germany and England? Ismail says that while the English press did pick up on proposed rule changes, the German press wasn't really bothered. That's not surprising. While England have been successful in only 17% of their penalty shootout encounters, Germany manage an impressive 80%. Apart from pressing for a rule change, perhaps England should also try and get better at taking penalties. To find out more about how to do that, see this video.

Marianne Freiberger is Editor of Plus. She interviewed Mehmet Ismail in London in February 2018. You can read Brams and Ismail's paper about the catch-up rule here.

How to calculate the probabilities

Write A for the team that won the coin toss and assume A has chosen to kick first in the first round of the shootout. Write B for the other team.

As an example, we'll calculate the probability that team A is ahead after the second round of the shootout, both under the existing and under the catch-up rule.

Team A will be ahead after the second round if:

for the probability that the team that kicks first in round 2 scores. Similarly, we will write

for the probability that the team that kicks second in round 2 scores.

Under the existing rule the probability of case 1 above is

The probability of case 5 is

of team A being ahead after round two (under the existing rule) is the sum off these five individual probabilities:

We estimate the probabilities as indicated in the first table above:

Substituting these values into expression for

gives the probability of team A being ahead after two rounds, under the existing rule, as

You can work out the probability of team B being ahead after two rounds in a similar way.

Now let’s look at the catch-up rule. The difference here is that the order in which the teams kick in the second round may change. In fact, looking through the cases above, the order changes in all five situations. The probability of case 1 is therefore

And the probability of case 5 is

As before, the overall probability

Substituting the estimated values from the first table gives the probability of team A being ahead after two rounds, under the catch-up rule, as